Australia lost their top World Test Championship position to the Proteas after being defeated by Sri Lanka in the second match of their series.

The island nation completed a stunning innings and 39-run victory over captain Pat Cummins’ Australia in Galle on Monday to end the two-match series level at 1-1.

The result shook up the championship table, with Sri Lanka climbing to third as the race to make the final hots up.

South Africa are now No 1 with a win-loss percentage of 71.43%, while Australia drop to second with 70% after their first Test loss in the current period.

This year, the Proteas have beaten India and Bangladesh in home Test series and drawn an away series with New Zealand. Their next assignment is a three-match series in England.

ALSO READ: World Test Team of the Year (so far) 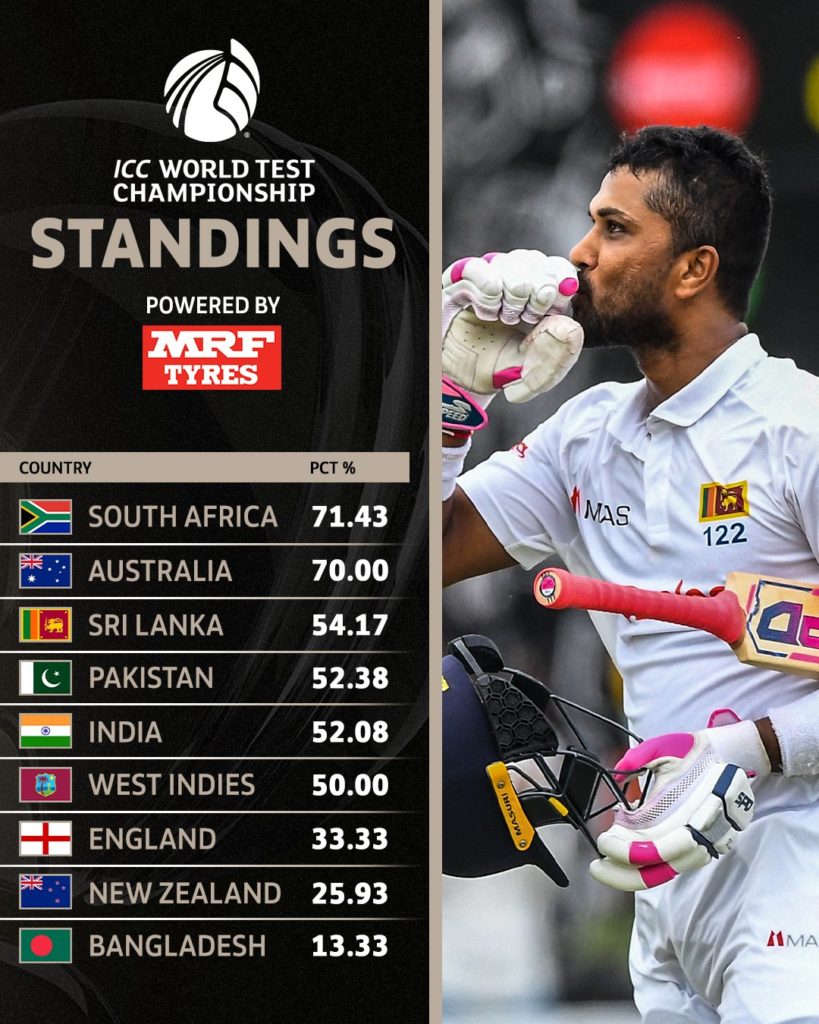 Watch: I want to get better and better – Zondo

Khaya Zondo says it was good to get some runs on the opening day of the Proteas’ four-day match against the England Lions.