The Proteas Women’s captain hopes to put recent bad breaks behind her and make the most of a big season ahead, writes SIMON BORCHARDT in SportsClub magazine.

In April, Dané van Niekerk was surprised to wake up to the news that she had been named as one of Wisden’s five Cricketers of the Year for 2021.

‘I didn’t expect it because I was out injured for quite a bit of last year and other players put in really good performances around the world,’ she says. ‘They probably deserved it more than me.’

They didn’t, though, when you consider that this Wisden award, which dates back to 1889, is based primarily on players’ influence in the previous English season and that Van Niekerk was the standout player in the inaugural women’s edition of The Hundred – England’s new franchise tournament in which teams face 100 balls per innings with 10-ball overs.

Van Niekerk captained the Oval Invincibles to the women’s title and earned the Most Valuable Player award after scoring 259 runs – the most in the tournament – at an average of 43.16 and taking eight wickets with her leg spin at an average of 20.62.

In the historic first match of The Hundred, Van Niekerk made an unbeaten 56 off 42 balls to guide the Invincibles to a five-wicket win against the Manchester Originals at The Oval. And in her team’s fifth match of the campaign, she scored 67 not out off 51 balls in an eight-wicket away victory against the Birmingham Phoenix.

The Invincibles faced the Phoenix again in the playoff eliminator and were in trouble when, after posting 114-7, Birmingham were cruising to victory at 81-4 after 67 balls. But Van Niekerk’s side picked up the last six wickets for the addition of just 13 runs to progress to the decider at Lord’s, where they beat the Southern Brave by 48 runs.

‘There was a lot of hype around the tournament, and it was such an electric, energetic environment,’ says Van Niekerk. ‘Credit to the ECB [England and Wales Cricket Board] and the tournament organisers for getting the crowds to come out in droves. We had a packed-out Lord’s for the final.

‘I was honoured to be part of The Hundred, which I think is only going to get bigger and better. I’ve also always enjoyed playing at The Oval, so to captain the Invincibles there was really special.’

Later in the year, Van Niekerk helped the Adelaide Strikers to reach the final of the Women’s Big Bash League, which they lost by 12 runs to the Perth Scorchers. She made 356 runs at an average of 22.25 and also picked up four wickets.

However, while Van Niekerk fired in franchise cricket in 2021, she was absent from the international stage when a lower back injury ruled her out of the Proteas’ white-ball series against Pakistan in South Africa, the tour of India and the home ODI series against the West Indies.

If Van Niekerk was hoping for better luck on the fitness front going into 2022, she was quickly disappointed. In the first week of January, the Proteas captain fractured her left ankle and was ruled out of the 50-over World Cup in New Zealand.

‘I slipped at my pool,’ she recalls. ‘I dropped probably a metre and a half and landed on an uneven cement block. My ankle twisted and I just heard it snap.

‘I didn’t handle the disappointment of missing the World Cup well at all,’ she admits. ‘Having been part of the team and the planning for the previous four years … it was very difficult for me. I’m still kicking myself for smashing my ankle but life happens, I guess.’

Van Niekerk had to watch on TV as the Proteas finished second on the eight-team World Cup log after claiming thrilling late wins against Pakistan, defending champions England, hosts New Zealand and India. Their only defeat came against eventual winners Australia while their match against West Indies was rained out.

That set up a repeat of the 2017 World Cup semi-final against England but, unfortunately for the Proteas, the result was the same. England posted 293-8 before bowling South Africa out for 156 in 38 overs.

The Proteas also suffered a heart-breaking five-run semi-final defeat to Australia in the 2020 T20 World Cup, so the latest setback again raised questions about their ability to perform under playoff pressure.

‘If I had the answer to that, we probably wouldn’t have fallen short in 2017,’ says Van Niekerk. ‘And I would have given the team the answer before this year’s World Cup. But I think the team had a great campaign and made the country incredibly proud.’

While recovering from injury, Van Niekerk made her TV commentary debut during the men’s ODI series between the Proteas and Bangladesh.

‘To commentate alongside some big names was daunting,’ she says. ‘Afrikaans is my first language and I had a few English tongue-twisters! But I was privileged to be able to do some work for SuperSport and to keep busy. I thoroughly enjoyed myself and realised it’s something I’d like to do in the future.’

Van Niekerk briefly joined the Proteas squad for a medical assessment during their two-week national training camp at the CSA High-Performance Centre in Pretoria in May. She was hoping to be back on the field by the end of the month or in early June before a big 2022-23 season for the team.

The Proteas will tour Ireland in June, playing three T20Is and three ODIs, before a tour of England that includes a one-off Test, three ODIs and three T20Is. The Test will be the South African women’s first since 2014, when they suffered an innings and 34-run defeat in India. On that occasion, the hosts made 400-6 declared, before dismissing the Proteas for 234 and 132.

‘We didn’t know anything about the longer format of the game,’ says Van Niekerk, who played in that Test seven years ago. ‘We were a young team so it was a learning curve for us. I don’t know why it’s taken this long for us to play another Test but we’re excited to have this opportunity to do so.’

The Proteas played two red-ball, inter-squad matches at their training camp and Van Niekerk says ‘we will also work closely with the coaches to sharpen up the skills we need for Test cricket’.

However, their biggest goal for next season is to win the 2023 T20 World Cup, which will take place in South Africa from 9-26 February. Will playing in front of their fans be a significant boost for them, or just add to the pressure, and what would it mean for Van Niekerk to be the first South African cricketer to lift a senior World Cup?

‘There’s always pressure when you play at a World Cup and it’s an incredible privilege to play one at home, so I think it will be a bit of both,’ she says. ‘But we will go into the tournament with confidence as we understand our conditions very well.

‘Lifting the World Cup would mean everything to me,’ Van Niekerk adds. ‘It would be the pinnacle of my career. I don’t know how it would feel but I’d like to find out.’

SA’S WISDEN CRICKETERS OF THE YEAR SINCE 1992

– This article first appeared in SportsClub magazine. How to subscribe. 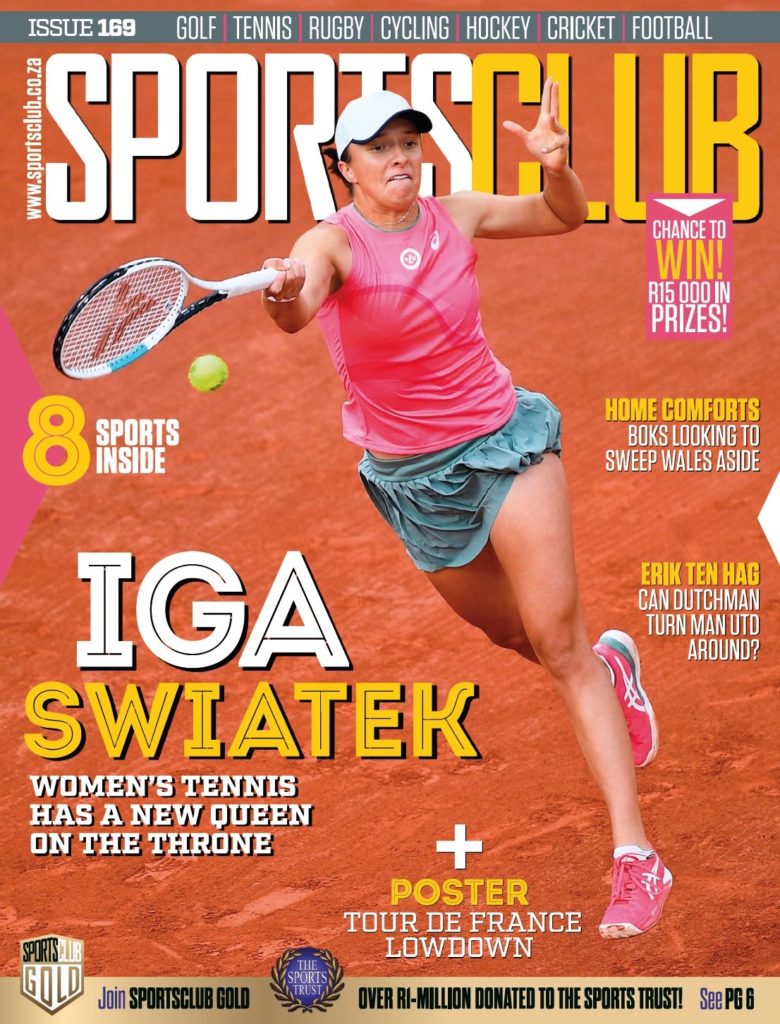 New Zealand’s Henry Nicholls was caught in bizarre fashion on the first day of the third Test at Headingley.

Proteas coach Mark Boucher talks about the team’s progress ahead of the T20 World Cup and Temba Bavuma’s struggles in India.