To win a Test series this English summer, the Proteas must quell a revolution.

Sparked by their new Test coach, the former big-hitting Black Caps batsman Brendon ‘Baz’ McCullum, and captain Ben Stokes, England are attempting to change the way the longest form of the game is played. And, based on their first four home Tests of the summer, it’s working.

‘Bazball’ – as their positive, brave, aggressive, attacking approach is known – resulted in a 3-0 series whitewash of reigning Test world champions New Zealand and a famous win against India in a Covid-delayed fifth Test. To put those results into context, England had won just one of their previous 17 Tests before McCullum and Stokes took charge. Former coach Chris Silverwood was sacked in the wake of a humiliating 4-0 Ashes defeat Down Under and Joe Root resigned the captaincy after a 1-0 series loss in the Caribbean.

From the moment of his appointment, McCullum (who beat former Proteas coach Gary Kirsten to the job) spoke about playing a positive brand of cricket. He and Stokes continued to talk a great game in the build-up to the New Zealand series and the team would soon show that it was more than hot air.

Needing 277 to win the first Test at Lord’s, England were in trouble at 69-4, before Root’s first century in the fourth innings of a match and a half-century from Stokes secured a five-wicket victory.

In the second Test at Trent Bridge, England needed 299 to win. They slumped to 56-3 when Root was dismissed, which soon became 93-4. Once again, though, the match situation did not stop England from playing Bazball. Jonny Bairstow smashed 136 off 92 balls and Stokes an unbeaten 75 off 70 as victory was secured in exactly 50 overs with five wickets remaining.

Bairstow came to England’s rescue again in the third Test at Headingley. After posting 329 in their first innings, New Zealand had the hosts on the ropes at 21-4 following Root’s dismissal, and at 55-6 when Stokes and Ben Foakes were sent back to the change room in the 12th over. Bairstow’s response was to take the attack to the Black Caps bowlers.

By the time he was done, he had scored 162 off 157 balls, having received superb support from tailenders Jamie Overton (97) and Stuart Broad (42).

As well as England batted during the series, New Zealand’s bowling attack – led by ageing duo Tim Southee and Trent Boult – was poor at times and the visitors dropped some crucial catches. Surely an Indian attack comprising Jasprit Bumrah, Mohammed Shami and Mohammed Siraj would expose England’s approach in a Test the hosts had to win to share the series 2-2?

‘Even the most cynical of curmudgeons will feel evangelical about Bazball if England pull this off,’ said former England batsman Mark Butcher at lunch on day four at Edgbaston when India led by 361 runs. Less than 24 hours later, England had competed a record run chase, reaching their target of 378 while batting at just under five runs an over and losing just three wickets. Openers Alex Lees and Zak Crawley set the tone at the top of the order, before Root (142 not out off 173 balls) and Bairstow (114 not out off 145) came together for an unbeaten 269-run partnership.

‘A target of 380 six weeks ago would have been a scary thing for us to look at but we are always going to try and win a game,’ said Stokes afterwards. ‘If we had needed 200 off 30 overs, we would have tried to do it, even if we had lost doing it. There is bit of me that almost wanted India to get 450 to see what we did!’

The message to the Proteas, England’s next opponents, was clear: No total is out of our reach.

Not everyone is convinced by Bazball, though.

‘It’s always difficult to judge from afar, but I don’t think England’s brave cricket is sustainable,’ said Proteas Test captain Dean Elgar. ‘If New Zealand had taken their catches, England’s new attacking style would have left them with egg on their face.’

Australia’s Steve Smith was heard shouting ‘Bazball’ during a net session in Sri Lanka after hitting a big shot. When later asked about England’s approach, he said: ‘It’s been exciting. I’m just intrigued to see how long it lasts, if it’s sustainable. If you come in on a wicket that’s got some grass on it and Josh Hazlewood, Pat Cummins and Mitchell Starc are rolling in at you, is it going to be the same?’

The same question could be asked of a Proteas attack drawn from Kagiso Rabada, Marco Jansen, Duanne Olivier, Anrich Nortje and Lundi Ngidi.

Will Bazball work for Bairstow and Co when facing a quality pace attack on pitches that provide bowlers with some assistance? As South Africa’s premier pace bowler, ‘KG’ will be out to expose England at Lord’s, Old Trafford and The Oval in August and September.

Encouragingly for the Proteas, the fire is back in Rabada’s eyes. That wasn’t the case when he went wicketless on the opening day of the second Test against India at the Wanderers in January, which led to an off-field confrontation with Elgar.

‘I went up to KG and I said to him, “You are an immensely respected cricketer within our group and at the moment I don’t think you are conducting yourself extremely well,”’ Elgar said.

‘I know what KG is capable of. When KG’s got his tail up, there’s no better bowler than him and I have experienced quite a few guys who have been part of this team.

‘It was a good chat. I can have those chats with KG and he responds extremely well. He takes it away, he lets it process and thinks about it overnight and then he comes back the next day with a scenario for me.

‘He was the one who came to me later on and said I had hit the nail on the head.’

When asked what his issue with Rabada was, Elgar explained: ‘He can sometimes be a little bit too relaxed and he needs to understand that his performance on the field and his performance in the change room is huge.’

Elgar’s words had the desired effect. Rabada took six wickets in the Proteas’ seven-wicket win at the Wanderers and another seven in the series-clinching victory by the same margin at Newlands.

Like the rest of his jet-lagged teammates, Rabada was flat during the first Test of the series against New Zealand in Christchurch, but he was back to his best in the second, taking eight wickets in the match as the Proteas levelled the series.

If that Rabada steps on to the field in England, a Bazball counter-revolution will begin.

FOURTH TEST vs ENGLAND, CENTURION, 2016
Twenty-year-old Rabada become the youngest South African bowler to take a 10-wicket Test haul when he picked up 13-144 in the Proteas’ 280-run win. He claimed 7-112 in England’s first innings and 6-32 in their second, which included a destructive final-morning spell of 4-4 in 21 balls. Rabada’s match figures were the second-best by a South African after Makhaya Ntini’s 13-132. ‘It was a bit up and down so the key was to hit the deck, bowl in a relatively good area and believe that you’d get your rewards,’ Rabada said after receiving the Man of the Match award.

FIRST TEST vs AUSTRALIA, PERTH, 2016
There were some worried South African faces when premier fast bowler Dale Steyn left the field just before lunch on day two while clutching his injured right shoulder. Australia were 166-1 in reply to the Proteas’ first-innings 242, and in complete control. However, they would be bowled out for 244, and centuries from Dean Elgar and JP Duminy in South Africa’s second innings helped set Australia 539 to win. They fell 177 runs short after being destroyed by Rabada’s pace, bounce, seam and swing. He finished with 5-92 and seven wickets in the Test.

SECOND TEST vs AUSTRALIA, PORT ELIZABETH, 2018
Rabada helped the Proteas bounce back from defeat at Kingsmead with a six-wicket win at St George’s Park. He finished with match figures of 11-150 (5-96 and 6-54), becoming the third South African to achieve a 10-wicket Test haul on at least four occasions. AB de Villiers had made a brilliant unbeaten century in South Africa’s first innings but it was Rabada who walked away with the Man of the Match award. The fast bowler also made headlines for his shoulder bump with Steve Smith for which he received a two-match ban that was later overturned.

FIRST TEST vs WEST INDIES, GROS ISLET, 2021
Rabada claimed his 10th five-wicket Test haul – and first in 33 innings dating back to March 2018 – as the Proteas won by an innings and 63 runs just before lunch on day three. The fast bowler had been left frustrated after taking just one wicket during the hosts’ dismal first-innings 97, but got his due reward in the second with 5-34. He caused the early damage, trapping openers Kraigg Brathwaite and Kieran Powell lbw.

SECOND TEST vs NEW ZEALAND, CHRISTCHURCH, 2022
After suffering a humiliating innings-and-276-run defeat in the first Test at Hagley Oval, the Proteas needed their senior players to step up in the second encounter at the same venue. Rabada certainly did, taking 5-60 as New Zealand fell 71 runs short of South Africa’s first-innings 364. That included the wickets of openers Tom Latham
and Will Young which put the Black Caps under early pressure at 9-2. Rabada picked up another three wickets in the second innings as the Proteas won by 198 runs to share the series. 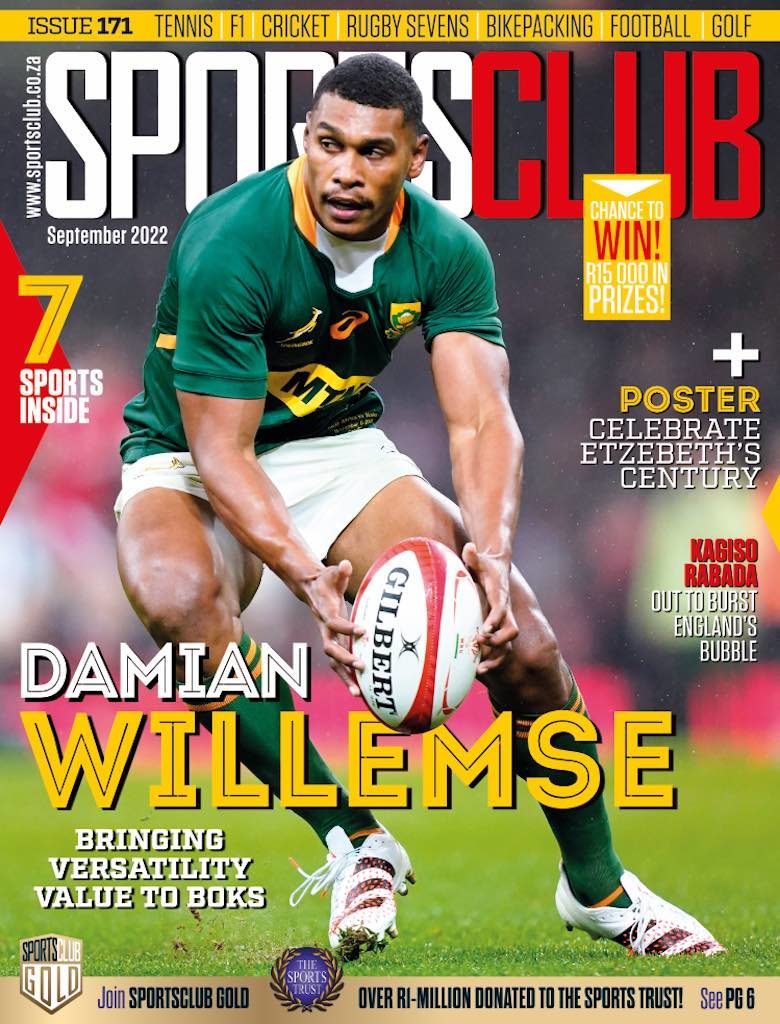