Aiden Markram has backed out-of-form captain Temba Bavuma to “come right with the bat” during the T20 World Cup.

Bavuma struggled against India’s pace and swing during Sunday’s match in Perth.

He was dismissed for 10 off 15 balls after looking to lap a length ball well outside off over the wicketkeeper only to get an inside edge.

As would be expected, Markram – who made 52 off 41 in the Proteas’ five-wicket win on Sunday – supported his captain after the match.

“Every player goes through these form slumps and with games that are so close to each other, it can seem a lot worse than it is,” said Markram.

“The whole team and management have all been there for Temba, and ideas don’t change about his ability. We all know his ability in our team and the role that he plays, not just with the bat but also from a leadership point of view.

“His leadership, in my opinion, has been excellent and the on-field decisions he’s been making have been really good. 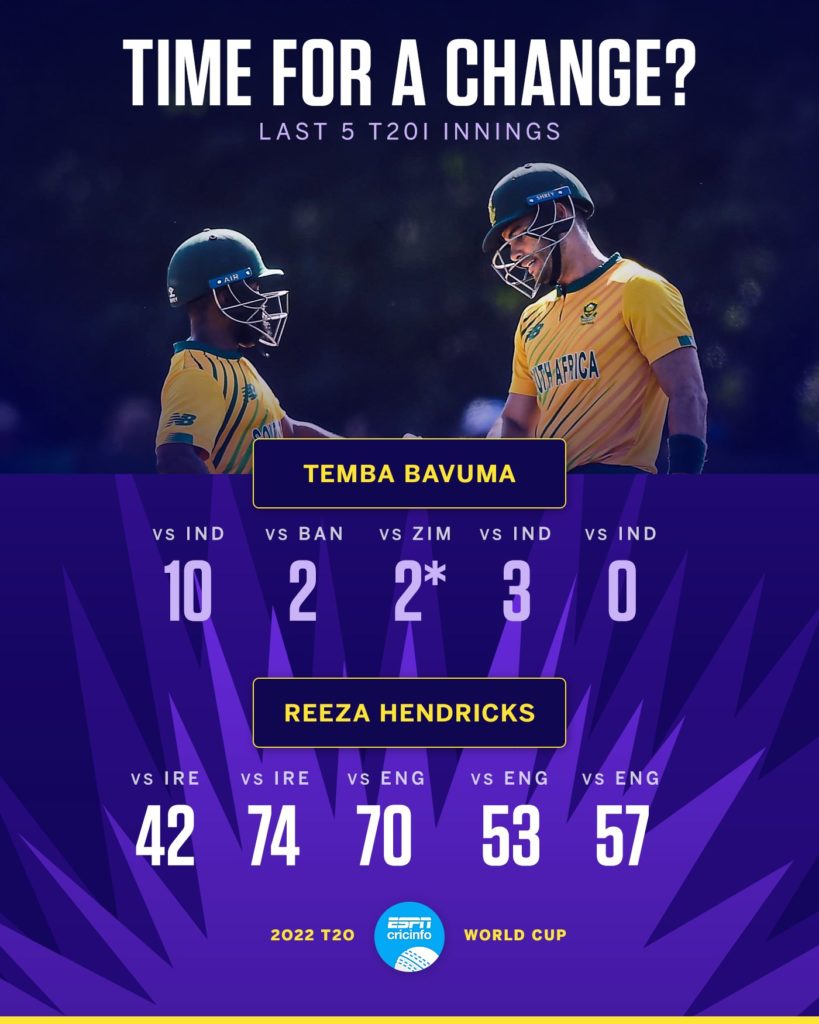 “I’ve got no doubt he’ll come right with the bat, and if he does and we get off to some good starts, it’s going to help our batting a lot,” added Markram.

“I can speak on behalf of the whole team that we’re all there supporting him. It happens to everyone. It’s happened to me more than once, unfortunately.

“It’s always just one knock away, and that’s the message that Temba has been given.”