Former Proteas captain Faf du Plessis is among several overseas stars to have signed up for the 2022 edition of The Hundred in England.

The second season of the eight-team, 100 balls-per-side tournament will also feature some of the world’s leading women players in Australia’s Ellyse Perry and Alyssa Healy, India’s Smriti Mandhana and South Africa’s Lizelle Lee.

England fast bowler Jofra Archer, currently sidelined by an elbow injury that kept him out of the whole of last year’s inaugural tournament, is set to make his comeback to senior cricket with the Southern Brave, the reigning men’s champions.

Archer will be joined at the Brave by Australia’s Marcus Stoinis.

Du Plessis is at the Northern Superchargers after a concussion prevented him from playing for the team last year.

All-rounder Perry and New Zealand women’s captain Sophie Devine will both stay at the Birmingham Phoenix, with wicketkeeper and opener Healy at the Northern Superchargers and India strokeplayer Mandhana signing for the Southern Brave.

The coronavirus pandemic and a congested international schedule meant several foreign stars who had been contracted for the first season of The Hundred pulled out.

Teams, however, had the option of retaining those originally selected, even if they had withdrawn in 2021, meaning Australia all-rounder Glenn Maxwell has remained with the London Spirit, whose bottom-of-the-table finish meant they received the first draft pick to fill the remaining slots on 30 March.

The Lord’s-based Spirit have six vacancies to fill in a 16-strong squad, with most teams retaining the bulk of their existing playing staff.

England white-ball captain Eoin Morgan, who skippered the Spirit in 2021, said: “The first year of The Hundred was a huge success. We saw quality cricket in front of incredible crowds.

“We are delighted to have the first pick in the draft. We hope to add strength and depth to our squad. We can’t wait to see who’s available to snap up.”

For the first time, both men’s and women’s sides will be able to select an additional fourth overseas player in a wildcard draft in June – although teams will still only be able to field three overseas players in their XI. 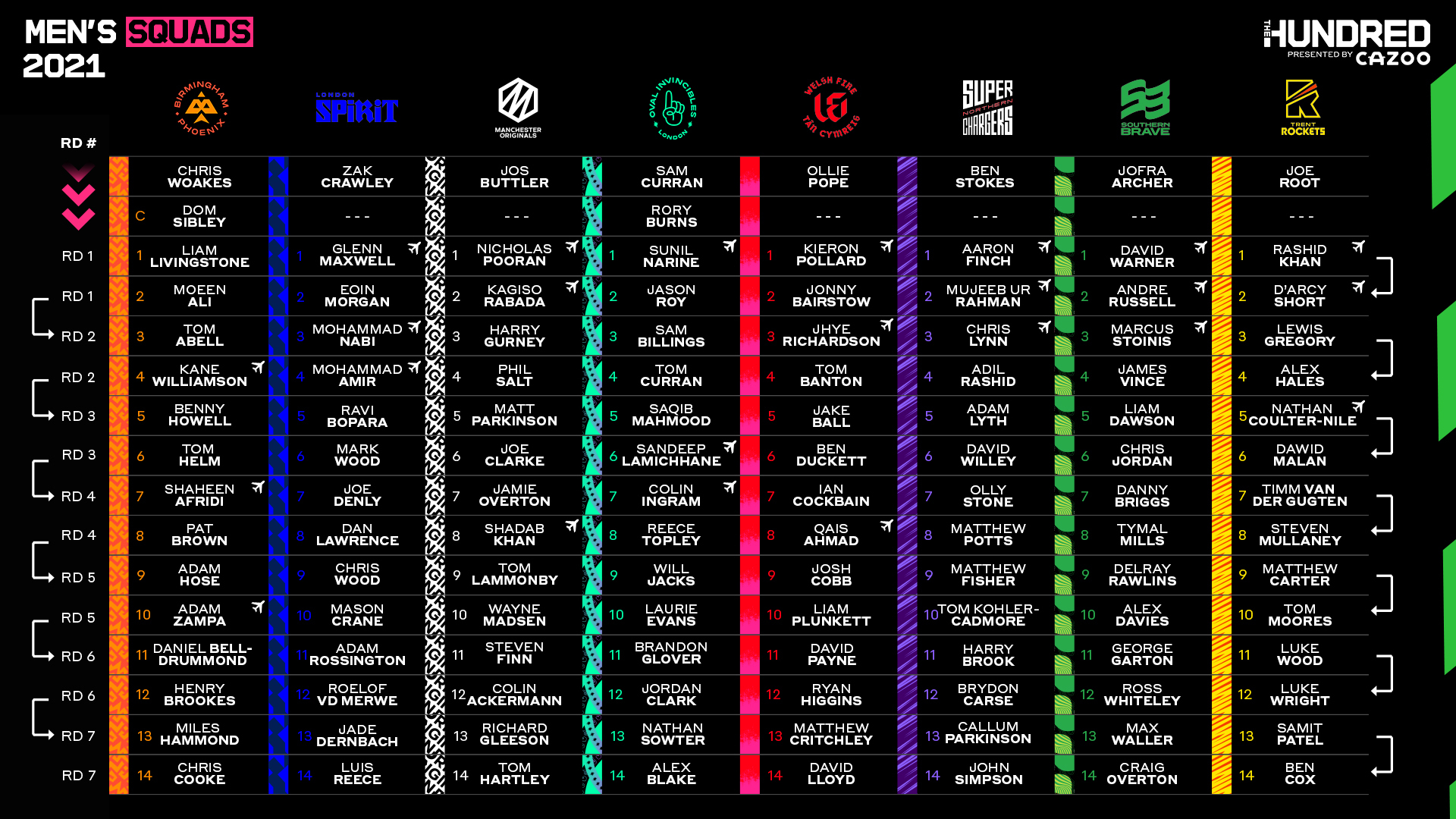 Temba Bavuma says his century celebration against England was a reminder “that I am still here and that I deserve to be here”.